The HifiMan Arya are a new line that could be described as “budget HE1000”. They use a driver based on the HE1000 V2, while swapping the wooden frame for a black plastic frame and improved cable. The price is slashed by almost half.
All the selling points coming from the HE1000 are applicable to the Arya: sub-nanometer diaphragm for fast response and minimum distortion, window shade grill that minimize open back reflection/distortion/refraction to improve soundstage (such as with the HE1000 v2), asymmetrical listening angle.
Structurally, the Arya have characterstics that remind either to the HE1000 or the Edition X line.
The Arya have a beautiful black plastic frame, which, although not as flashy as the wooden one of the HE1000, is sober and elegant.
The headband arc is metallic and adjustable, and is the same as that of the HE1000 line.
The headphone is very comfortable, just like the HE1000 and Edition X line, because the oval shape makes it easy to put the head against a surface, such as on the bed.
The Hifiman Arya have much better cable than the HE1000 and Edition X lines, which is made of fabric and feels much sturdier, as well as feeling better by looks and touch. 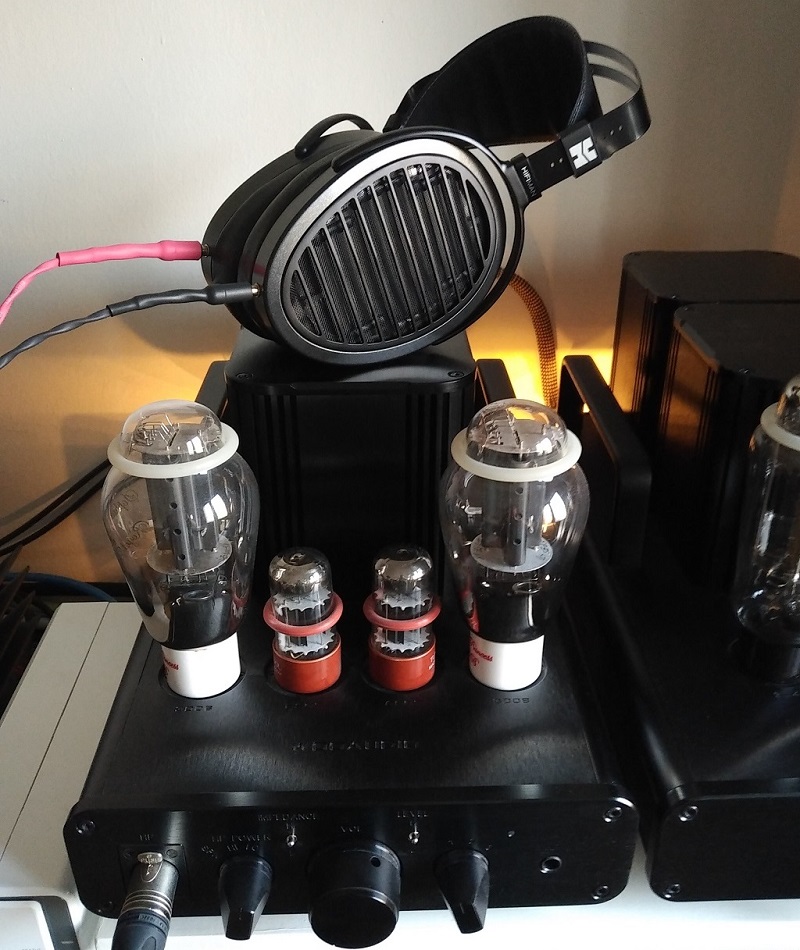 I have tested the Arya with two DAC’s (my custom AK399 dual channel dac with Museatex mods and a friend’s Mytek 192) and three different amplifiers (Algorhytme SE 300B, Woo Audio 5, and a DIY amp with ECC88 and two IRF610).
I think the most critical component with the Arya, just like with the HE1000 line, is the amplifier. While DAC’s can change the input tonality a bit, the amplifier is crucial to make these headphones “fly”.
The DIY amp, for example, is a bit too dark and underpowered and the overall sound of the Arya is cavernous. Such amp was built with the HD800 in mind, but here it doesn’t do any justice to the Arya.
The Algorhytme is the best amp of the lot. It’s amazing with the Arya, and a top choice. Everything is perfect: tonality, neutrality-to-warmth balance, stat-like soundstage (the sound comes from different distances from the ear, in a semless way, and doesnt feel like coming from a fixed point).
It parallels a bit to when I reviewed the first HE1000 and compared its sound between two amps: CEC HD53N and Macintosh MHA-100. The former sounded quite horrible, missing any refinement and microdynamics. The latter (albeit being an overpriced piece of gear) sounded much more fluid, and could give justice to the headphone. 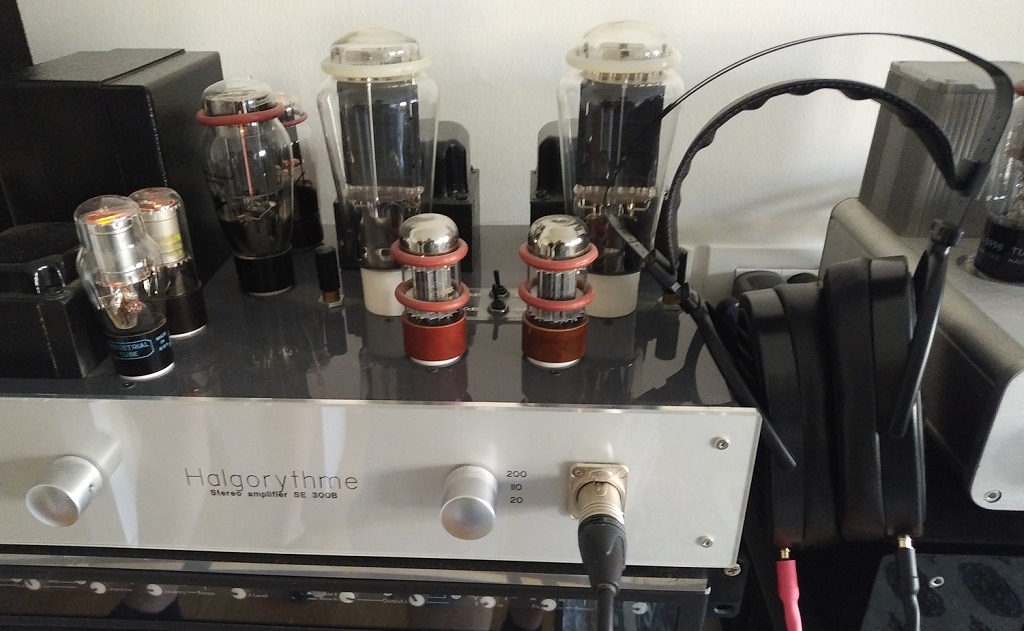 The Woo Audio 5 doesn’t sound very good with the Arya. The sound misses the level of separation that the Algorhytme can provide.
At their best, they provide the best of two worlds: heft of dynamic headphone, clarity of electrostatic headphones. They have snappiness, crispness without sibilance, the tone is correct.
Dynamics are great, as usual with this line: big/impactful musical events sound in perfect coherence with microdetails, thanks to the driver’s speed and extension, and capability to render the two things at the same time.

As formerly analyzed with the HE1000 (v1, v2), I believe the Arya require a tube amplifier to really sound shine. They would sound great with high quality DHT amplifiers (such as DNA Stratos, which I had used with HE1000 v2). With solid state amplifiers, they could lose some body risking to sound comparatively skeletal (although never recessed in the mids like something like the Sennheiser HD800). With tubes, they can sound glorious.

The Arya are indeed the child of the HE1000, and don’t lose anything in the metamorphosis and price slash. It makes pointless, I believe, to spend twice the money for the former HE1000. While they require a relatively expensive amplifier to shine, the right combination is second to no one, up to the best and most expensive headphone setups. 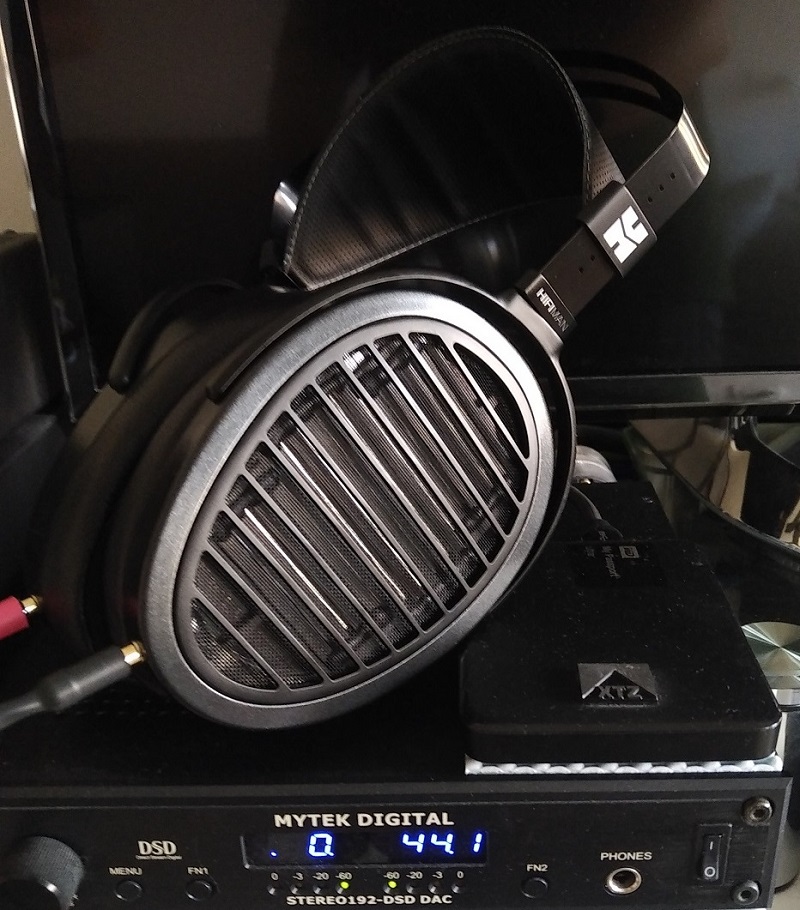