Orthodynamic headphones were very common in the ’70s (Fostex, Yamaha, Akai, NAD were some of the principal manufacturers), and then “forgotten” until a few years ago, when the Do-It-Yourself community of Head-Fi started to make damping experiments with those old drivers, and a “fire” lit in the headphone community. 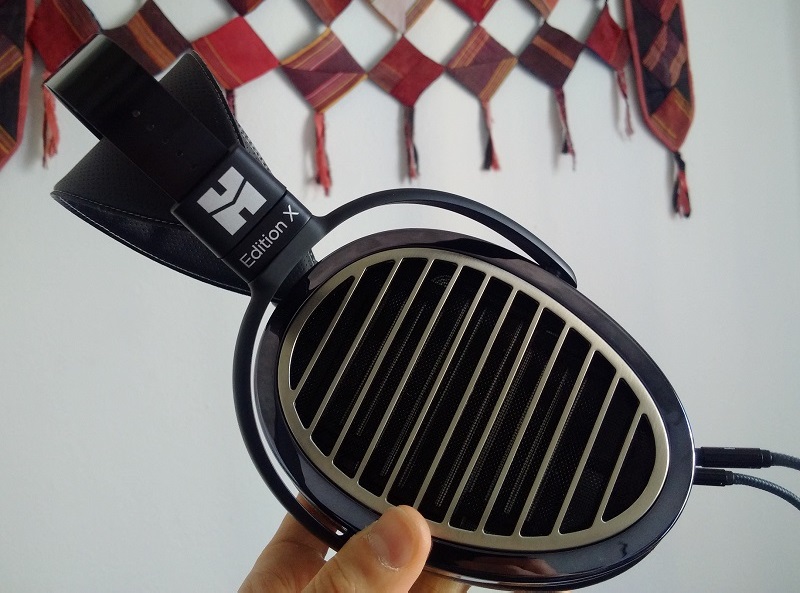 In contrast with such necessity, the Edition X is very efficient and much easier to drive, especially compared to the other two top of the line Hifiman, the HE-1000 and the (discontinued) HE-6, known to have high amplification requirements to express their full potential.

The Edition X share the same oval shape as the HE-1000, although the enclosure is plastic (while the HE-1000 has a more eye-catching wooden enclosure). They are very elegant, and the particular shape makes them very comfortable to listen to, when laying on a headrest, just like the HE-1000.
Being much more efficient than the HE-1000, and needing less powerful amplification to shine, the Edition X are very easy to adapt to an existing audio rig. System matching is made easier by the full bodied, euphonic tonal balance of the Edition X, which sound pleasing and lively out of the box. 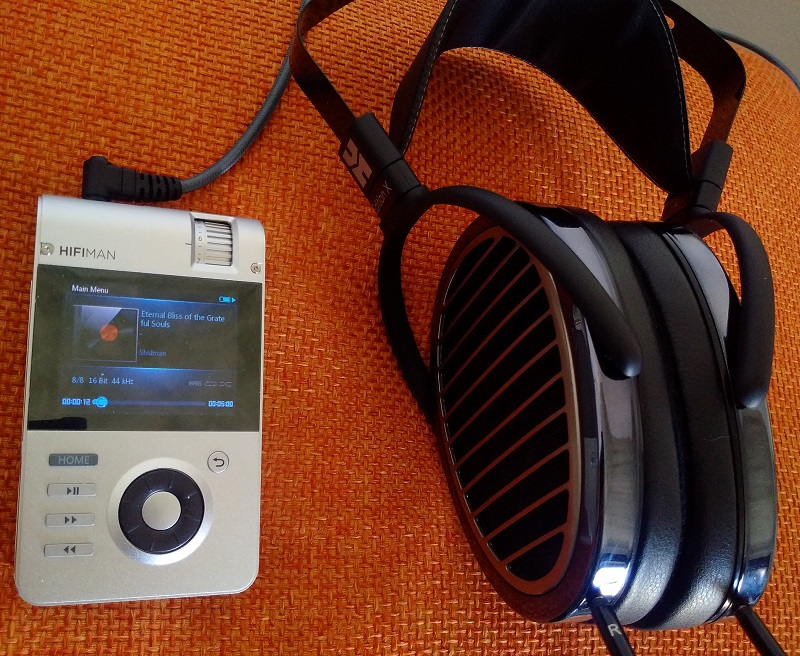 The Hifiman Edition X might be the first high-end headphone perfectly tailored to my taste. They have, in my opinion, the perfect tonal balance, the perfect chromatic intensity. This is something that, out of the box, I had only found with Stax SR-003 (although they have several other limitations).
The tonality of the Edition X reminds me that of Westone UM3x or Sennheiser Momentum, only an order of magnitude better. They are the lush type, with a full sounding tonal balance, and manage to strike the perfect balance between a fast, resolving presentation and a dark and intense tonality.
They basically have everything, from deep bass to treble. Although they aren’t as thunderous as an Aude’ze LCD-2 or a well amped Stax SR-007 as far as deep bass goes, the bass is very tight and powerful, and never overshadows the midrange, unlike what happens with the Aude’ze, making for scuh a realistic, lifelike colour.

Compared to the Edition X, the HE-1000 have an even thinner diaphragm, thus being more ruthlessly revealing, and in this regard they have more potential overall. Anyway, this potential must be “filled” (such as happens with Stax SR-007, or Sennheiser HD800, Sony Qualia 010 and several others), and buying high-end amplifier designed for the the headphone becomes mandatory.
The musical presentation of the Edition X is fuller, and while resolution doesn’t reach the almost-electrostatic level of the HE-1000, it never feels like Edition X is making compromises. Details are there, just encapsulated in the body of the music. The flow, sense of involvement and sensorial satisfaction are kings with the Edition X, thanks to this perfect balance of resolution, fullness and cohesiveness.

Treble is never subdued, with the result that, when required, the Edition X is capable to “scratch” the canvas between the music and the listener. The result is tilting and romantic at the same time, intimate, and every frequency department does its job in letting every instrument reach the listener’s sweet spot. 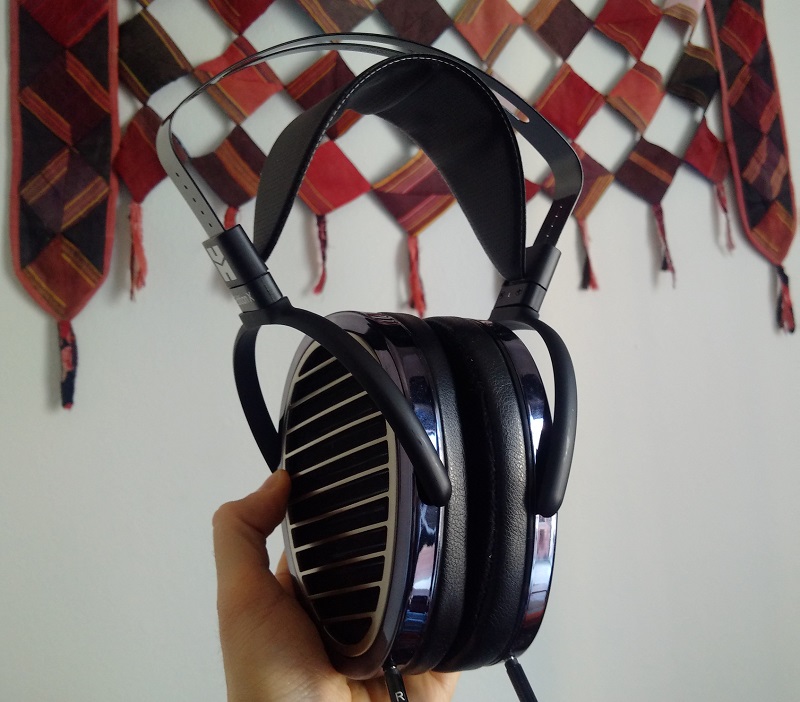 After testing the performances of the Ed.X with the two home amplifiers I have used (the Luxman and the CEC), I and finding them consistent in sound rendition, I tested them with the two portable sources I have: the SOtM sHP-100 and the Hifiman HM-901s.
Out of the sHP-100, the Edition X has the same signature as when driven by the more powerful amps, with the same degree of warmth and smoothness, although losing something in clarity and transparency (exposing the sHP-100 limits in handling the X’s transient response). The resulting sound is relaxing and tonally fullfilling, but the headphone is not exploited at its full potential.
Used with the HM-902s, portably, the listener can walk everywhere with the Edition X and this is quite impressive. In this case, using the Minibox Gold amp card, the musical presentation is significantly more dynamic, detailed and multilayered than with the SOtM amp/dac, but there is an increase in treble presence (6-9kHz range) and the headphone becomes occasionally less forgiving with older-poorer recordings (’70s rock, such as Yes’ Close to the Edge).

The Edition X is the rare example of headphone that works great with every genre of music. I consider it a “best value” type of headphone, especially factoring in the considering the amplification requirements.
It’s possible to do even better, but the overall cost of a system rises exponentially. When building an HE-1000 setup, it’s more likely that purchasing a matching amplifier will be part of the plan.
To make another example, a Stax SR-007 setup can provide better detail, separation, incredible three-dimentionality, but the midrange is very difficult to get right, and the overall system cost (due to the SR-007 high power requirements) is also much higher than an Edition X setup.
For its special combination of musical and technical capabilities, the Edition X are something that was missing in the segment, and it’s a very welcome achievement in the high-end range. 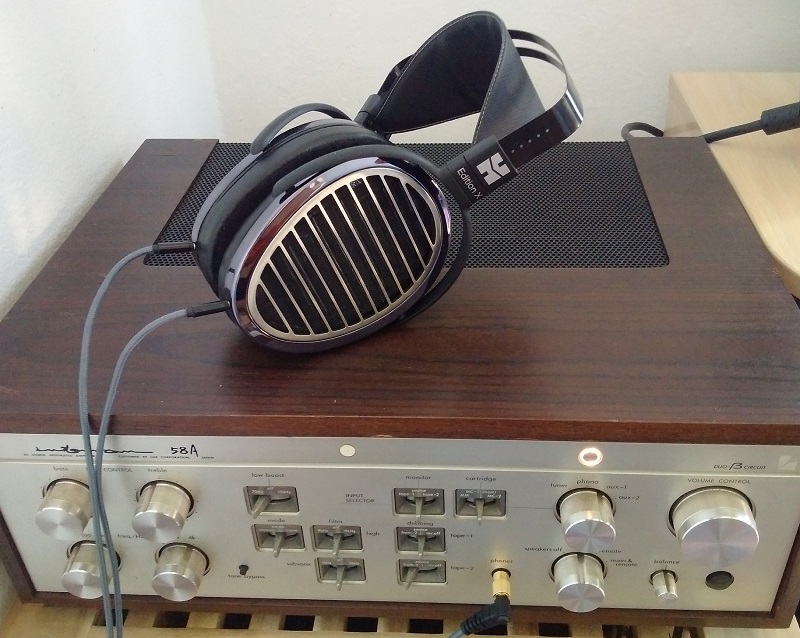