Here I am finally reviewing the SOtM sMS-100, a very simple, feature loaded Network Player that’s become a keeper in my audio chain.
The main purpose of the sMS-100 network player, is to get rid of a computer in the living room for a more direct, convenient way to access to the music.
I have chosen the sMS-100 for its compactness and simplicity, and because it offers several features, sometimes not available in network players costing much more.
More conveniently than a computer (or the commonly used MacMini), the sMS-100 can be kept always on, because it is very low power and runs very cool and silent (it has no fans nor other moving parts).

The SOtM sMS-100 is sold in its basic form, for 500 Euro, or combined with the matching SOtM battery based PSU, the mBPS-D2S, which replaces the stock wall adapter. The combo raises the overall price to 920 Euro.

The sMS-100 uses a proprietary linux distribution, developed by Sonore, which is very stable, simple to setup, and works without any hiccups. 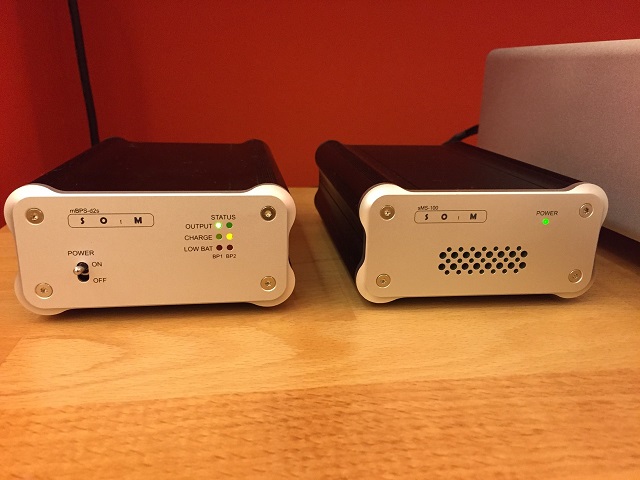 The sMS-100 is very easy to setup. The user is required to connect the USB cable, the network cable and the power cord, after which the sMS-100 will automatically boot in 2-3 minutes. The user will access the SOtM web interface by connecting to the ip address, http://sonicorbiter.local . Such interface is accessible by tablets, smartphones and computers.

The SOtM uses a NAS (Network Attached Storage). In my case, I had already configured my own (called Synology 214se) and was already hosting the music library in it.
The SOtM can be controlled by tablets, computers, smartphones. On my iPad, I have been using various apps, such as Lumin, Plugplayer, Kinsky, .
UPDATE (September 2015): starting with version 2.0, Lightning DS app is not compatible anymore with third party renderers like sMS-100. According to Auralic, it should be available again with future updates. At the moment, I am using Lumin app most of the time (but I suspect it is iOS-only).
Operation is immediate, as it’s enough to select the music source (“SOtM sMS-100”) on the app to access the music library and start the playback.
The user manual can be found here: http://www.sotm.sonore.us/sMS-100_Operating_Instructions_R2_3_140128-2.pdf

As a network player, the sms-100 can be used with several protocols.
It can work as DLNA player, AirPlay receiver, in Squeezelite mode (working like a Squeezebox Touch). Furthermore, it can also work as a NAA, with the HQPlayer. I have tried all these modes without ever having a problem.
The SOtM can be controlled very easily through any device connected to the network, such as an iPad, iPhone or Android phone, and doesn’t require an external computer to control it.
The SOtM can still be controlled by a computer or Mac: for example, Jriver Media Center can work like a DLNA server.
Anyway, it’s just so much more convenient to operate with an iPad / tablet / smartphone, and leave to the computer only “auxiliary” roles, such as ripping new music files and to putting them in the hard drive which the SOtM will access through the network. 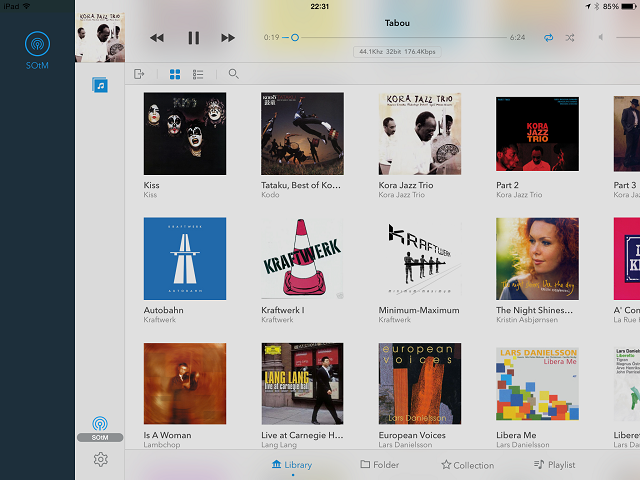 Working as a NAA

The SOTM can be also used as a NAA (Network Audio Adapter). A NAA is a device with a linux distribution which receives a music stream from a computer (through ethernet connection) and sends the signal to a DAC (through USB).
This is the way to use the sMS-100 with HQPlayer software on the PC.
HQPlayer is offered as a trial version when purchasing the sMS-100.
A thorough analysis of HQPlayer software would deserve a separate review, but I would like at least to provide some basic info here.
HQPlayer is an application for Windows and Mac that only works standalone (unlike JPLAY, for example, which can work as an ASIO plungin for a more evolved media player) and is compatible with very few lossless formats.
HQPlayer can do very high quality upsampling, much higher quality than what could be performed by an upsampling DAC, since the operation is very resource intensive.
HQPlayer has many different filters and dithering algorithms, and the chooice of them is very DAC specific.
The point of using a NAA is to combine the two machines, the PC which upsamples the signal, and the NAA which outputs the it to the DAC without further processing it, in order to rule out the processes taking place on the main computer and decouple the interferences of the CPU from the signal entering the DAC. Thus, a digital isolation is achieved. 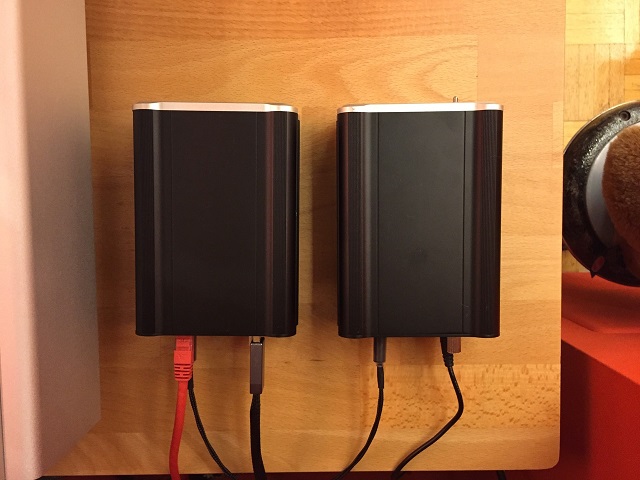 Sound of the SOtM

First of all, I believe the SOtM is bought mainly because of the convenience it brings.
This said, after several tests, I haven’t found any substantial difference between using it and a MacMini using Audirvana and JRiver.
I have been using the MacMini and SOtM (with and without the upgraded battery-based PSU), out of the Isotek Aquarius power conditioner, and there was no difference. Without the power conditioner, in my house the battery PSU provided slightly better bass definition over the other two setups, but I felt the difference was minor.
I have been using TotalDAC and JCAT high-end USB cables (which I think helped preserving the signal), to the AMR DP-777, and Stax SRM-007t and SR-009 electrostatic headphones. The sound was consistently clean and natural.

The sMS-100 is very convenient and is very well positioned on the market. It’s much cheaper than an Auralic Aries or Sonore, it offers a rich set of features, and is very straightforward. There is no need for choosing an output (only USB exists). Using a very high quality USB cable (such as the TotalDAC one) it’s possible to really keep the signal “well protected”.
What I really like is that it is headache-proof. It never stops working, it never presents a problem. The underlying operating system is very stable.
It’s a bit more expensive than open source devices (such as Cubox, or other hardware running Volumio, for example), but software and ease of access are markedly superior, while Volumio requires a much more complex setup and installation, and its usage is not without occasional hiccups.
Finally, the sms-100 can work like a network player and a NAA out of the box for HQPlayer, while Cubox, for example, would need the installation of a separate software image. 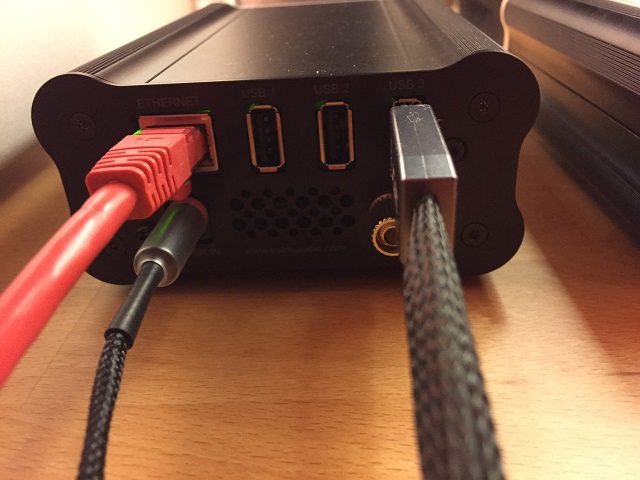