This is my take on Yulong’s last offering, the DA10 DAC / headphone amplifier. The DA10 is the evolution of DA9, basing itself on the same chip and D/A circuitry. Both use the AK4497, which is the top of the line of AKM dac chips, specifically designed for music, and has a very neutral, fluid sound signature on its own (see here for more details). 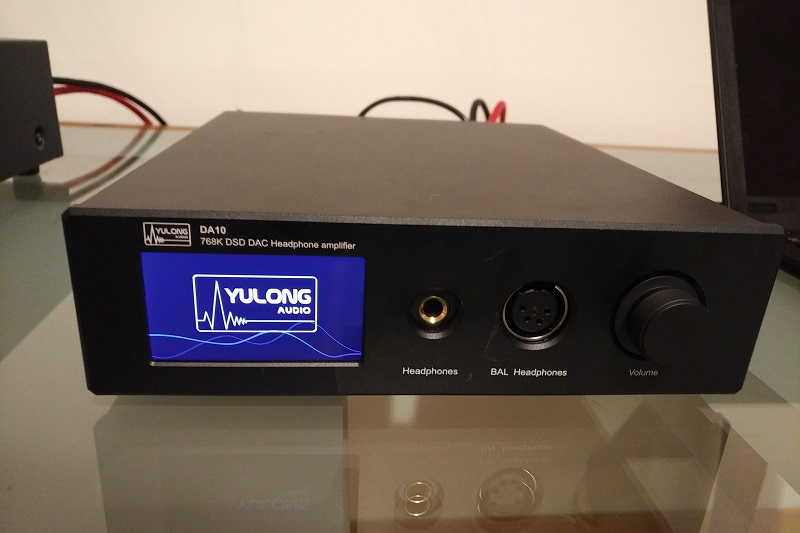 The DA10 has a sturdy industrial look, is low profile and is encased in black / silver aluminium casing. Everything feels very solid, the volume knob feels high quality and has 99 steps.

The DA10 improves over the DA9 in the digital receiver section, adopting the new XMOS XU208 USB receiving module, which allows PCM sampling rates from 32 to 768kHz (compatible with 16, 24 or 32 bit) and native DSD64-512 and PCM 16-32bit, 32-768 kHz (the DA9 could only work with DSD64-256 and PCM 32-384 kHz).
Furthermore, it employes a custom programmed FPGA receiver to let SPDIF, Optical and AES inputs support Dop64 and Dop128, PCM 16-24bit, 32-384KHz to .
All digital inputs are externally de-jittered going through a proprietary FIFO digital signal buffer and subsequently a PLL with Femtosecond crystal (for clock regeneration). 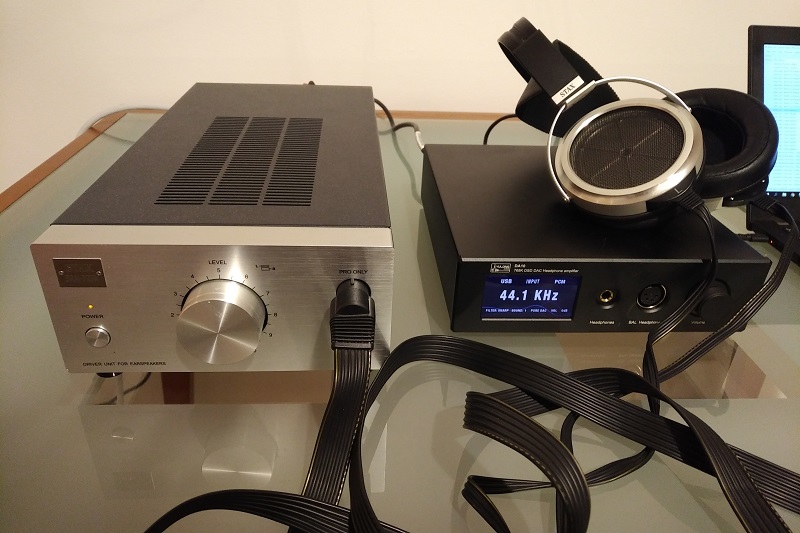 As a pure DAC, the DA10 is smooth, neutral, and offers a nice balance between warmth and sound separation. I would call the overall sound neutral and laid back, never feeling out of place. The upper bass and midrange are linear, the midrange having a tiny prominence, without overpowering the low frequencies. The treble is smooth, detailed, never piercing, although the DAC doesn’t have the amazing separation of certain similarly priced (but clinical sounding) machines based on Sabre chips, for example. Soundstage is precise as far as imaging goes, although again not the widest, but this goes together with the way the DAC expresses its warm tonality. The SR-009 has great tone with the DA10 / 727A setup, but would be capable of even higher level of separation.

The DA10 includes a fully discrete Class A headphone amplifier/preamplifier, with JFET input, which has both single-ended (TRS jack) and balanced (XLR) outputs.
The headphone amplifier is clean, transparent, detailed. It can drive Sennheiser Momentum, HD598, Hifiman Ananda beautifully, although the Ananda, which are more demanding, lack the ultimate slam. Still, the amplifier delivers very good level of instrument separation, placement, and beautiful tone.
The Etymotic ER4P, which I tried to test how clean the DA10 output is, didn’t pick up any significan hiss.
The preamplifier is very good quality: I have tried the preamplifier by setting my Stax SRM-727A in “direct mode”, bypassing the Stax amp’s volume control, and compared it to using the DA10 as pure DAC and attenuating the volume with the Stax amp, and I didn’t hear any significant differences. 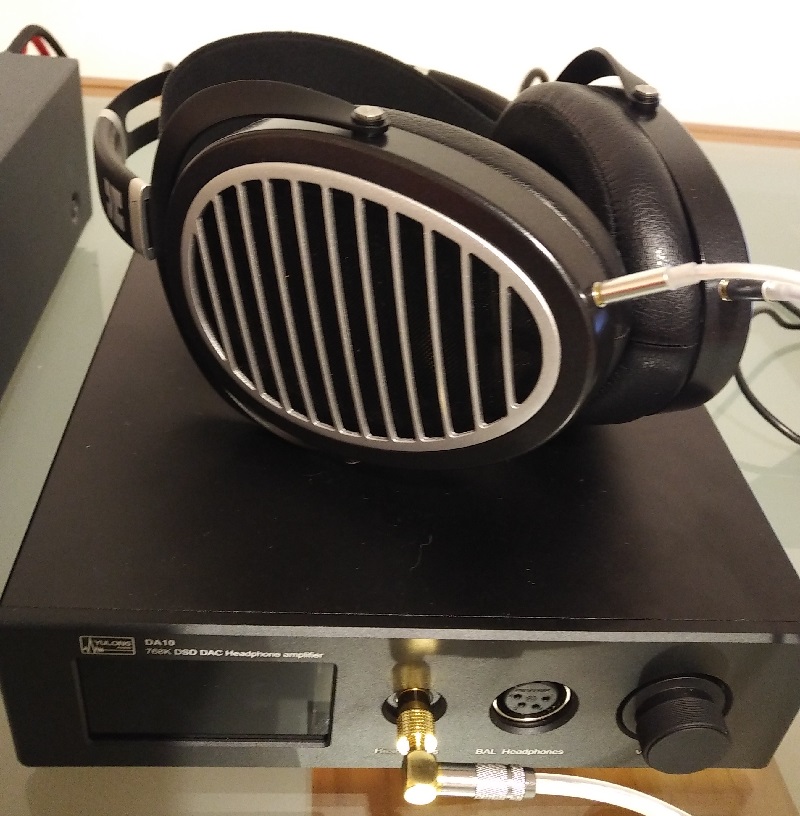 The Yulong DA10 is an incremental improvement over the former DA9, which I had already appreciated as a very good all arounder.
The DA10 extends the file format compatibility (taking full advantage of all high resolution PCM and DSD formats up to this day) and improves the quality of the digital section.
It’s a really neutral DAC and, unlike several other sources (such as some ESS Sabre based DACs), it never adds anything unwanted to the sound (such as clinical signature, peaks, digital signature). The DAC is very transparent, in this sense, and very fluid, only slightly warmish, and can pair with any kind of headphones, without adding pairing conflicts.
Actually, it’s sonic characteristics, would make it adapt greatly to a tube amplifier (for achieving an even rounder sound – with the right headphones) or with headphones like Stax Lambda line, whose upper midrange would work well with the warm nature of this DAC.
Furthermore, it has native balanced circuitry, increasing possibilities of matching with external amps, being them single ended or balanced.