The Yulong U200 is the second product put out by Yulong this year. The U200 has been designed by Yulong to be placed at a lower price point than the DA8II, trying to maximize the performances for people with very specific requirements. The U200 comes with only one USB input, discarding coaxial and optical in order to save on features, and is, as such, aimed very precisely at computer and Mac users.
In addition to the USB input, Yulong offers the option to purchase a separate Wifi module, which allows the U200 to work as a network player, to be controlled by a tablet or smartphone, and play music remotely from a Network Attached Storage (NAS), tablet itself or other media server. 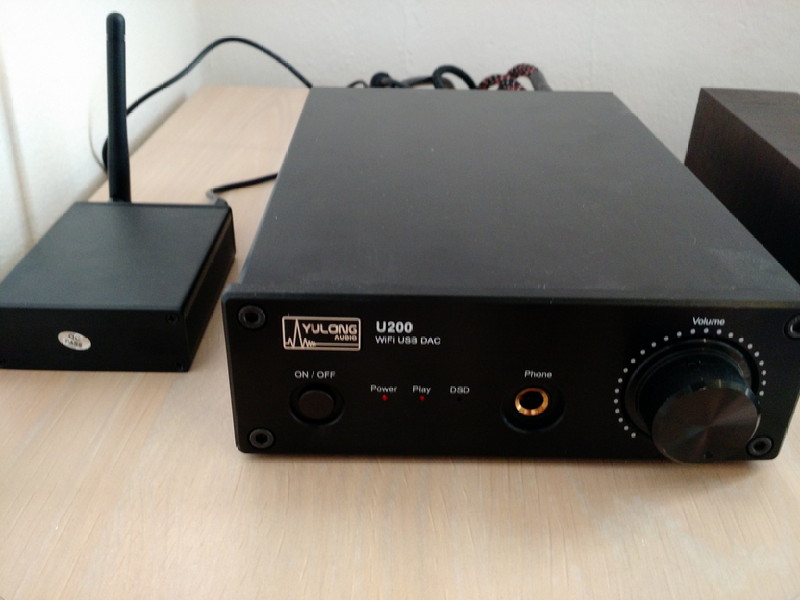 Unike Yulong’s other current offerings, which employ ESS Sabre chips, the U200 adopts the AKM AK4495 for digital to analogue conversion. The AK4495 is a very nice sounding DAC chip and it is relaxed sounding. In general, DAC’s using it have in common a smooth, musical flow and laid back vocal presentation.
The U200 can reproduce PCM files up to 32bit/384 kHz, which means it will be capable of playing all PCM formats (they end up at 24bit/192 kHz), plus DSD over PCM, which is streamed at 384 kHz.

The U200 uses a SaviAudio SA9227 USB audio interface. While it’s not as high end as the Amanero, used in the DA8II, the SA9227 is already a fine interface, and employing the Amanero would have increased the final price too much for the chosen price range. From an usability point of view, I haven’t had any hassles with the Savitech driver after installing them.

The wifi-module is linked to U200 through a USB connection. Connecting a smartphone or tablet to wireless module is a straightforward process: it’s enough to install the Android application (it can be downloaded on Yulong website), and connect to the wifi module after it appears on the device list in the same network.

The Yulong U200 has a single ended analogue RCA output, and can work as a preamplifier and headphone amplifier. It also has an analogue RCA input, so to work as an amplifier alone. This is a feature that couldn’t be offered with the other Yulong products, where the volume control is obtained digitally thanks to the Sabre chipset. The AKM 4495 is a traditional chip and doesn’t offer the same possibility, so a potentiometer has been employed to regulate the output level and the U200 uses this principle for its secondary function.

The following are some of the other specifications: 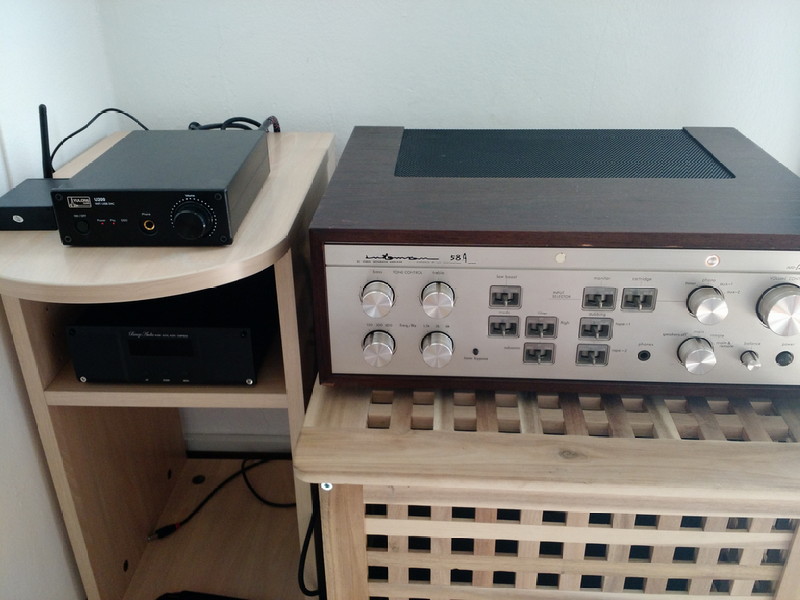 I have tested the Yulong U200 with Sennheiser Momentum and HD598, using the on-board amplifier, built-in headphone amplifier of the Luxman, and also with the portable modded Stax SRS-001 Mk2 system. I have used the Luxman L58A and Mordaunt-Short Performance 6 Ltd for speaker listening.

The U200 is neutral and laid back sounding. Vocals are liquid and well reproduced, free from digital glare although lacking the ultimate liveliness of DACs such as the Metrum Hex, Lector Digicode or AMR (although those cost 5-10 times the price).

Treble is clean and detailed, and never sticks out, although it cannot match the amazing capabilities of Yulong DA8II. The U200 has neither the wide soundstage, nor hyper-precise, almost sculptured imaging that the DA8II has, but that’s to be expected given the different purposes of the two machines.

The U200 has clean, fast bass with a midbass that never gets out of control, and works well with several headphones (such as Sennheiser Momentum), and with speakers in small listening environments, as the resonance is more easily controlled.

The U200 delivers linearity and refinement, working as a good all-rounder, that doesn’t impose its signature. It can be matched with tube amps, FET amps, and full bodied headphones and speakers. It’s a very fine match with Sennheiser HD598 and especially the Momentum and the Stax SRS-001. By extension it would work very well with Sennheiser HD600/HD650, to name a couple. Other headphones, with less syrupy signature, such as the Audio Technica AD2000, would enjoy a tube amp in the middle. Headphones like Audeze LCD2 can match nicely with the controlled bass of the U200, but I’d still search a tube amplifier because I personally find the LCD2 very cold in the mids.

The Yulong U200 presents itself as a good all arounder that can match a wide variety of systems. It’s signature is never aggressive and never shows offensive traits. Essentially, it doesn’t add unwanted stuff (such as excessive bass bloom or piercing treble), and never calls too much for attention. I ended up prefering using an external headphone amplifier most of the time, and I would simply consider the U200 a DAC with volume control for preamplifier or for direct use with active monitors (such as the Adam A5x or Neumann). As a DAC/preamp alone, it’s well worth the price, faring well against its peers, and with more expensive equipment such as the Mytek 192, which costs twice the price. It’s a good choice for people who are looking for USB and wireless connectivity. Both work well, and the latter is especially surprising given the tiny size and the cheap price at which it is offered.