The Hifiman HE-560 is the most expensive under-1000$ headphone in HifiMan’s planar magnetic headphones line.
They are open headphones, with circular driver (as opposed to the oval geometry of HifiMan’s top of the line products). The HE-560 are differentiated by lower end headphones, aesthetically, with wooden cup rings.
HifiMan headphones have very different flavours among each other, so it’s not really possible to talk about a “house sound”. The HE-1000 v2 are an ultra-detailed all arounder (needing a high end DHT to shine); the Edition X is a full bodied, darker and fullfilling headphone reminding a higher end Sennheiser HD-650; the Hifiman HE560 is a headphone voiced for rock and metal, thanks to a snarling character that reminds me the better Grado headphones. 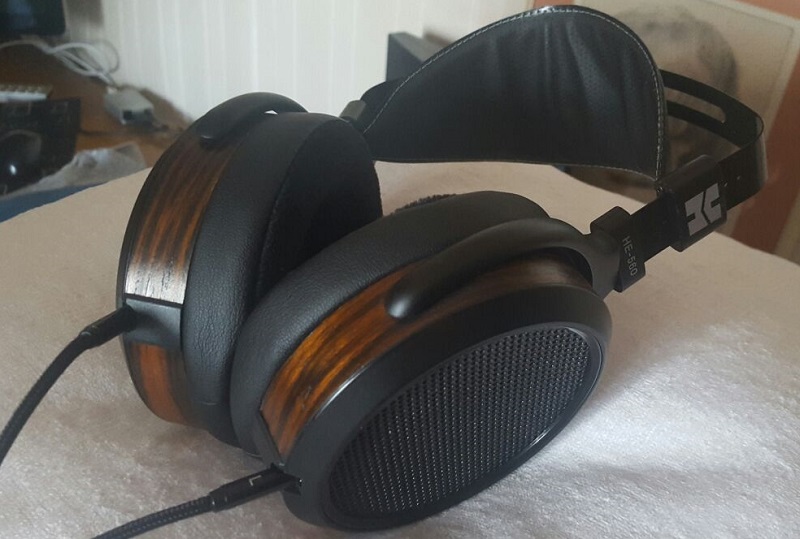 The HE560 pushes vocals, electric guitars, trebly instruments to convey an “on stage” feeling. In a sense, it’s a more extreme, distorted version of the HE-1000 v1, with thicker bass and more upfront character than the HE-1000. The upper midrange saturation and bigger bass hits (as well as less capable diaphragm than the sub-nanometer one used in the HE-1000), make the soundstage and instrument positioning denser and closer to the listener.
The bass, although more emphasized than the ruler-flat bass of the HE-1000, is never really out of place, and helps adding up to the energy and thickness in rock music.

The HE-560 requires a tube amplifier: driven by DNA Stratus and the EF5 tube amps, it is capable to produce the energic, snarling and full bodied sound it is designed for.
With solid state gear (such as my Hifiman HM-802s or Luxman L-58A), the midrange becomes very recessed, and the music becomes very thin, lacking core. 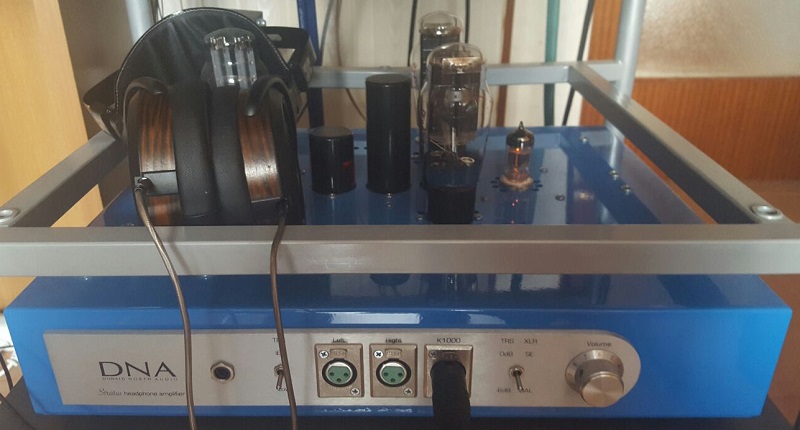 The HE560 scale less than the HE-1000 in regards to amplification, so, while the HE-1000 sound an order of magnitude better out of a Stratus over the EF5, with the HE560 the difference is not as mind blowing.
Just to make an understandable example, out of the low-end EF5 amplifier, the HE1000 sound very similar to the HE560, although with less upper mids distortion. When used with the Stratus over the EF5, the HE560 mainly gain linearity in their resonating area (upper midrange), while, in comparison, the HE1000 start portraying their huge, wonderful landscapes.

The upper midrange/lower treble peak, while adding up to the “tilt” of the music, can sporadically produce produce too close or nasal vocals. With the Stratus, this attitude is tamed.
Treble is extended and not metallic, and sibilance, with tube amplification, hardly occurs. Imaging is very dense but intimate and precise.

The HE-560 is a headphone made for specific musical genres. It has qualities exalting certain instruments-tracks, and works best for rock and its derivates, electronic music, while it is less indicated for classical music and acoustic instruments.
It will appeal people who like music to be “pushed” forward (such as reproduced by Audio Technica AD2000, or Grado), or be complementary to gear with laid back midrange (such as Aude’ze LCD-2/3).

The buyer must keep in mind that system matching is mandatory, especially at the amplifier level (much more so than the DAC choice): a tube amp will give the headphone full midrange and the cohesive character it is designed for. Similarly, I would use copper interconnects in order to exalt the warmer traits of the system.
A few fitting amplifiers I would suggest: the Earmax, Bottlehead Crack, upgraded Little Dot MK8SE or MK6 (as documented here).