The HifiMan HE-1000 V2 are the second revision of HifiMan’s top end orthodynamic headphones, which I have already reviewed here.
After about one year, the HE-1000 have undergone a refinement process regarding the following aspects:
– Improved magnetic circuit, optimized to drive the sub-nanometer diaphragm employed in the headphone
– Improved open back, structuring the grill system to minimize sound distortion/refraction/reflection
– Improved material (polyester) and shape, in order to provide larger asymmetrical listening angle

I had reviewed the first HifiMan HE-1000 using a Macintosh MHA-100, which I compared with the more affordable CEC HD43N: the HE-1000 was worth its price of admission when used with the MHA-100, despite some slightly tipped up upper midrange/lower treble, while the CEC was not up to the task.
I finished that review mentioning some DHT (directly heated triod) amplifiers which would have been ideal for the headphone’s character. Not much later, I came in possession of a DNA Stratus amplifier. With it, the first HE-1000 gained in smoothness in the lower treble department, where a slight coloration was still detectable, but less fatiguing.
The DNA Stratus is my headamp of choice in reviewing the HifiMan HE-1000 V2. 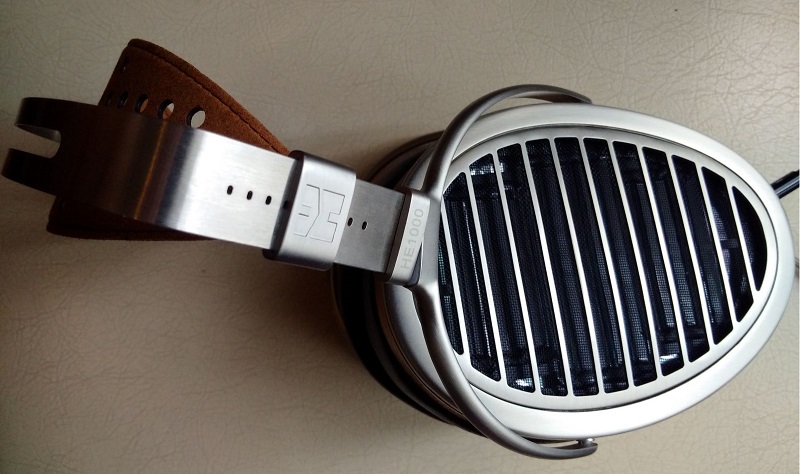 The HE-1000 V2 retains all the qualities of the former revision: extremely low distortion throughout the frequency spectrum, exceptional extension at both frequency extremes (bass depth is comparable with the best Aude’ze), resolving capabilities approaching electrostatic headphones.

Driven with the DNA Stratus, both the HE-1000 (V1 and V2) gain in midrange presence and fluidity, basically not presenting distortion thanks to the tubes. The V2 improves upon the V1, presenting completely linear upper midrange and lower treble and fuller overall presentation. While the first revision sounded a bit coloured, emphasizing certain passages (although the colouration was slightly tamed with the Stratus compared to the Macintosh MHA-100), the HE-1000 v2 is free from such emphasis, and sounds completely perfect with the DNA Stratus. 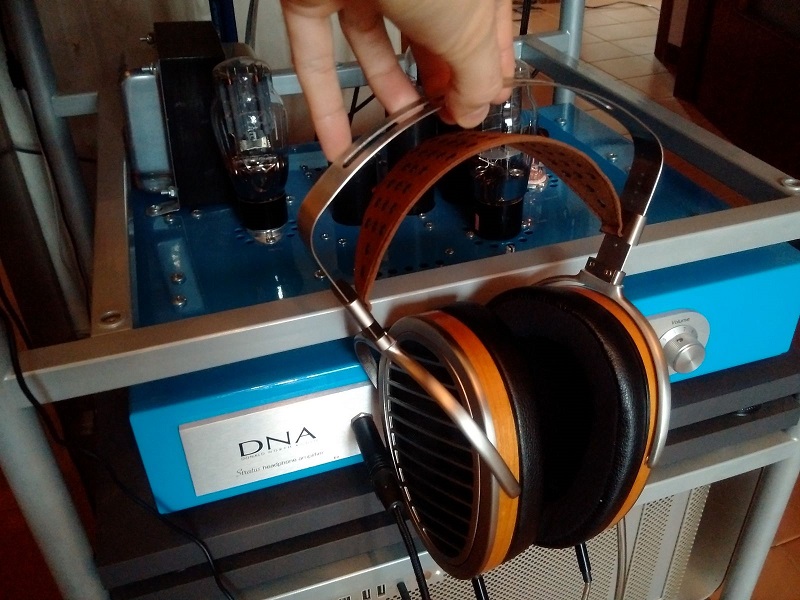 This leaves the listener completely free from distractions, and even more receptive to the technical qualities of the headphone. Listening to albums like Pink Floyd’s The Wall is like being there: immersed in another world where every sound shape is perfectly defined, and laid down in the space. Every sound is beautifully rendered, with delicacy, precision, and the flow of music is costantly a sensorial pleasure. Stax SR-007 can do something similar in portraying the music, but with less solidity due to a hollow midrange that’s difficult to match. The HE-1000 V2, instead, have very realistic, solid and fulfilling midrange. Perhaps because of the lack of coloration characterizing the HE-1000 V1, the HE-1000 V2 is more lively and physical in the midrange and everything feels in the right place.
Bass extension is wonderful, hard hitting, without ever being emphazised: the driver is simply able to move more air when required, and transfers to the listener all the decay “evolution”.

Just like with the former revision, the HE-1000 V2 comes close to the speed of Stax headphones, thanks to the fast impulse response deriving from the sub-nanometer diaphragm. Such speed makes the music a continuous whole (on the time line) and gives the headphone wonderful microdynamics, without ever giving the feeling to be unnaturally hyperdetailed.

Being in a solid state or tube-based setup, the HE-1000 (being V2 or V1) deserves a high end amplifier. I have tested it also with the HifiMan EF5 (a low end tube amplifier), and the HE-1000 spectacular layer separation, fluidity, all collapse and everything is more dense, losing some clarity and the pitch-black space among sounds. The overall sound is still “good”, but comparable to a good headphone in the 500-1000 dollar range.
I also noted that the DNA Stratus drives the HE-1000 better in balanced mode, rather than single-ended mode: I didn’t expect it, because the Stratus delivers the same power in both modes, but everything sounds more naturally clear.

This review can be taken both as an extensive description of how the HE-1000 (V1 and V2) sound with a high quality DHT preamplifier (as opposed to my older review, where I used solid state amplification), and a report on how the HE-1000 V2 refines its predecessor in sound quality.
All the modifications executed by HifiMan make sense, being the changes to the magnetic and physical structure of the headphone frame, or those to the pads (angling them differently can impact positively on the soundstage and treble coherence).
The HE-1000 V2 is an actual improvement in sound over the former revision, and not a negligible one. It sounds fuller and at the same time less coloured than the first HE-1000. There are no incoherences in the frequency spectrum and the sound is amazing. This headphone reaches the status of “jack of all” headphone among everything I have listened to: it gives everything, provided the source and amplification are up to the task.
It’s definitely recommended. It deserves to be accompanied by a high quality DAC, such as the AMR DP-777 (not the SE), Metrum Hex (or higher), Lector Digicode or other analogue sounding sources. 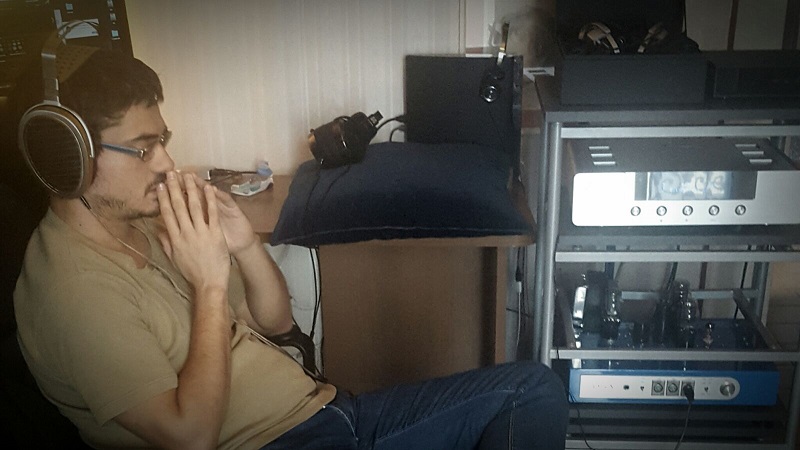