This is my review for the Hifiman HM802s, a very interesting audiophile digital audio player, standing as the second most expensive in to Hifiman high quality DAPs line-up, after the higher spec’ed flagship, Hifiman HM901s.
The two products are quite different in sound, and capable to different sound signature needs: while the HM802s is considerably cheaper than the HM901s, it’s not really an “inferior” machine, thanks to sonic aspects that make it more of an all-arounder type. 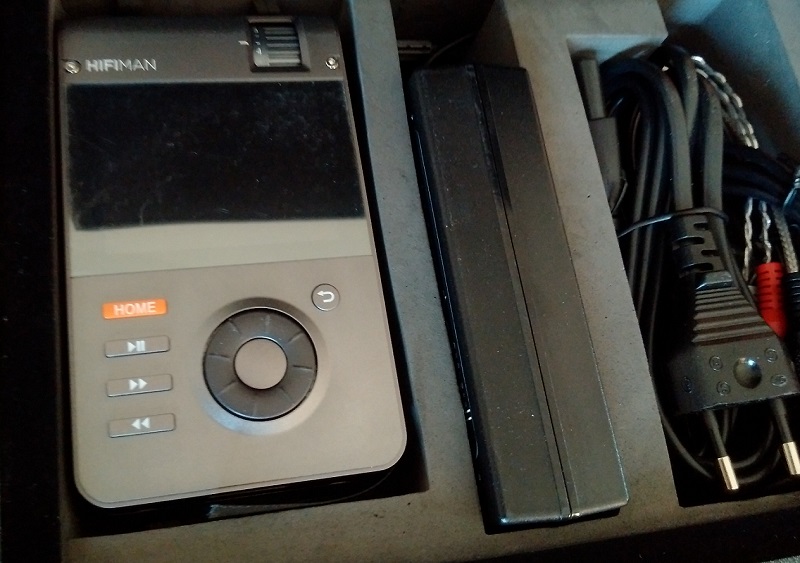 The HM802s has dual WM8740 DAC chips, a smoother sounding chipset than the ES9018 Sabre. The HM802s has a signal-to-noise of 110dB out of the line-out, and 108 dB out of the Power II headphone amp card. It has both single ended and balanced headphone jacks. It supports redbook music, high resolution music, and DSD. It plays all the common music file formats: Wave, FLAC, APE, AIFF, MP3, WMA, ALAC, AAC, OGG. It supports external SD card up to 256 GB. It uses a high quality stepped attenuator for volume control.
The HM802s makes use of the Taichi 2 software interface, just like the HM901s. I already described it as intuitive, and easy to use, although not quite as fast as a dedicated Android or iPhone player app for library navigation, because the UI uses a scroll whell and physical buttons (no touchscreen).

The HM802s has a neutral, warmish sound character. It’s very well suited as an all-arounder portable source, because of its smoothness, and its capability to never get in the way of music. The HM-802s offers powerful bass, slighly full lower register, and warm midrange. It is a detailed source, with far wider soundstage than a regular source. Compared to its bigger brother, the HM901s, it has slightly less emphasis over details, but gains in smoothness in the process. Similarly to the HM901s, the HM802s has beautiful sense of rhytm, produced as a combination of powerful, tight bass and overall fast pacing.
As already mentioned, the HM802s has less powerful treble than the HM901s. While the HM901s has special affinity with its best matches (dark and neutral headphones), where it magnifies their qualities and makes super detailed combos with the best of both worlds, the HM802s is capable to have a wider range of partners among headphones. The HM802s can work great with basically everything, ranging from Audio Technica AD2000, to Grado headphones, to Sennheiser low-impedance headphones like the HD598, the Momentum 1.0 and Momentum 2.0 to portable Stax systems, and all in-ear monitors. 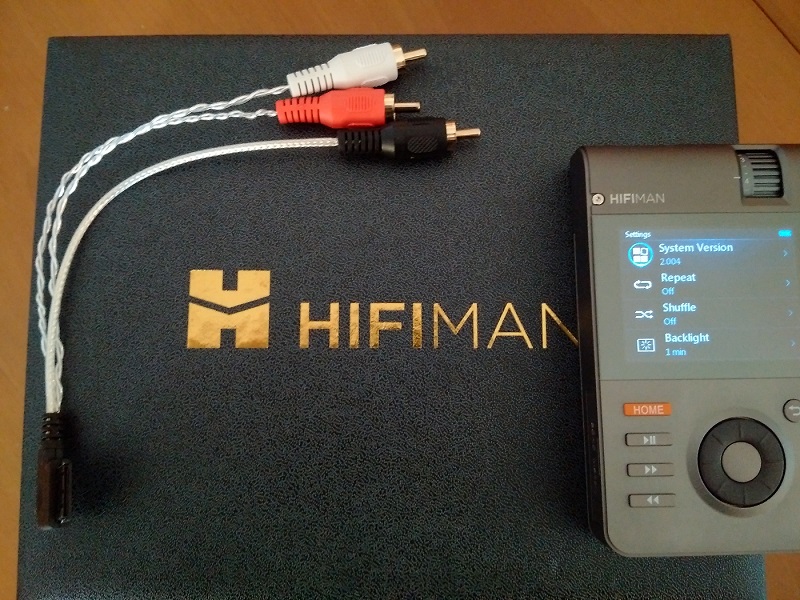 The HM802s is more “tonally transparent” than the HM901s, where the HM901s is more “tranparent to microdetails”.
As a DAC-only solution, the HM802s maintains its slightly smoother sound compared to the HM901s, and sacrifices very little in imaging and spatial layering. Where the HM901s has superior ability to sharply define microdetails, the HM802s presents them more cohesively in the flow of music, still remaining very believable in its spatial portrayal.

The HM802s is a great choice for people wanting a neutral, warm player, with better detail retrieval than the best sounding smartphones on the market, wider soundstage, and much more power. This, associated to its high storage capabity (thanks to external SD) and its wide file format compatibility, allows it to be not just a high quality music player for commuting, but also as work (or holiday) setup, replacing small combinations of computer and usb dacs, for listening to music with full size headphones.
Its power specifications let it work very well with a wide range of cans (apart from excessively demanding ones, such as high impedance AKG, Sennheiser HD800, Hifiman HE1000, all of which have much higher amplification requirements), and its tonal neutrality make it a great all arounder in the dedicated audiophile DAP niche market.